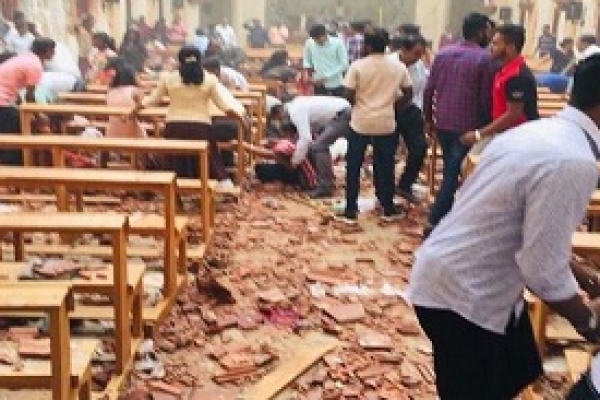 At least 137 people have been killed and hundreds more injured in explosions at churches and hotels in Sri Lanka, police and hospital sources say.

At least six explosions were reported. Three churches in Negombo, Batticaloa and Colombo's Kochchikade district were targeted during Easter services.

The Shangri-La, Cinnamon Grand and Kingsbury hotels, all in Colombo, were also hit.

Easter Sunday is one of the major feasts in the Christian calendar.

No group has yet said it was responsible.-BBC