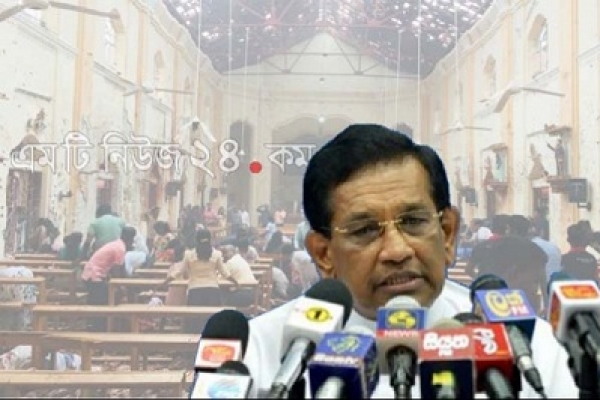 Senaratne, who is also a cabinet minister, added that the government was investigating whether the group had "international support". "We don't see that only a small organisation in this country can do all that," he said.

Documents seen by AFP show Sri Lanka's police chief issued a warning on April 11, saying that a "foreign intelligence agency" had reported NTJ was planning attacks on churches and the Indian high commission.

Not much is known about the NTJ, a radical Muslim group that has been linked to the vandalising of Buddhist statues. President Maithripala Sirisena's office said he would meet with Colombo-based diplomats tomorrow to seek international assistance.

"The intelligence sections have reported that there are international terror groups which are behind the local terrorists," the statement said. "International assistance will be sought to combat them."