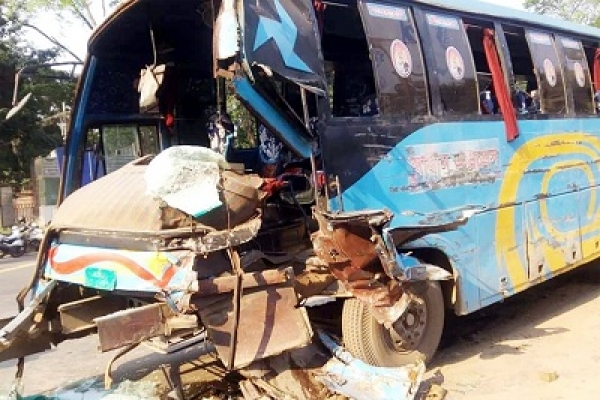 Two persons were killed while two others were injured in a road accident at Matsya Bhaban intersection in the capital's Shahbagh on Tuesday morning.

The injured were taken to DMCH where doctors declared the duo dead.

The identity of the deceased could not be traced immediately.