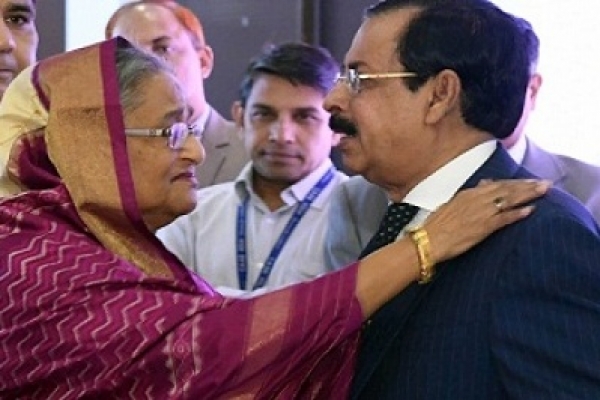 A special flight of Biman Bangladesh Airlines carrying the premier and her entourage members landed at Hazrat Shahjalal International Airport in Dhaka at around 7.25pm.

The flight took off from Brunei International Airport in Bandar Seri Begawan, the Brunei capital at 5.15pm local time today.

During the visit, she joined a number of programmes including holding bilateral talks with Brunei’s Sultan Haji Hassanal Bolkiah after having a general audience with the Sultan and the Royal family and in the opening ceremony of Bangladesh-Brunei Business Forum, on the second day of her visit on April 22.

The premier visited the Jame Asr Mosque and offered Asr prayers there and later attended an official banquet hosted in her honour by the Sultan at Istana Nurul Iman on the same day.

On the first day of her visit, she joined a reception accorded to her by Bangladesh community residing in Brunei.

Prime Minister Sheikh Hasina, on the third and final day of her visit, laid the foundation stone of new Chancery Building of Bangladesh High Commission at the Diplomatic Enclave at Jalan Kebangsaan in Brunei capital this (Tuesday) morning.

Bangladesh and Brunei on April 22 signed seven instruments for strengthening cooperation mainly in the fields of agriculture, fisheries, livestock, culture and sports, and the supply of LNG.

The instruments were signed after the official bilateral meeting between Prime Minister Sheikh Hasina and Brunei’s Sultan Haji Hassanal Bolkiah at the Istana Nurul Iman, the official residence of the Sultan of Brunei, here.

Briefing reporters after the talks, Foreign Secretary Md Shahidul Haque said the members of the Southeast Asian Cooperation Organisation (SEACO), the proposed regional economic forum, will include Bangladesh and the Maldives from South Asia and Indonesia, Malaysia and Brunei from Southeast Asia.

“We should make all sorts of efforts so that the Rohingyas can return,” Foreign Secretary Md Shahidul Haque quoted the Sultan as saying.-BSS