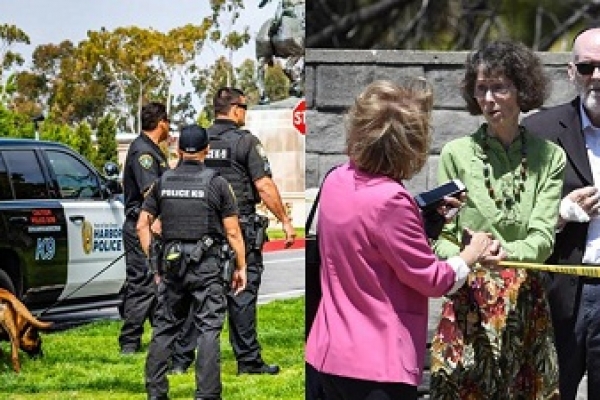 A shooting at a synagogue outside San Diego in USA where worshippers were celebrating the last day of Passover left one woman dead and three others injured, cbsnews reports on Sunday.

Earnest entered Chabad of Poway and opened fire on worshippers, police said. The weapon appeared to be an AR-15 rifle, Gore said.

Gore said an off-duty Border Patrol agent believed to be inside the synagogue shot at the suspect as he fled. The sheriff said the agent didn’t hit him but struck his car.

Gore said Earnest is being investigated for a possible role in a nearby mosque arson last month. Earnest did not have a history with police prior to Saturday’s shooting.

San Diego Police Chief David Nisleit said the 19-year-old suspect called police to report the shooting and a California Highway Patrol officer heard it on a police scanner, saw the suspect and pulled him over. Nisleit said the suspect got out of his car with his hands up and he was taken into custody without incident.

Gore said a woman died from her injuries. A girl and two men are being treated at local hospitals. Gore said they are in stable condition.

Earlier, a source told CBS News that a rabbi was among the people who were shot.-Agencies