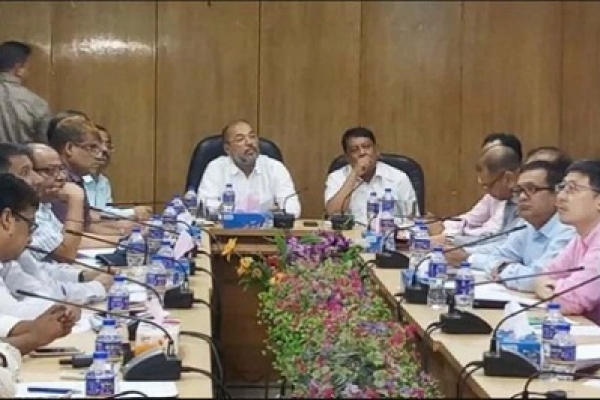 The government has taken all kinds of necessary preparation to face cyclonic storm ‘Fani’.

Ministry of Disaster Management and Relief already has opened control room. The control rooms have been opened in 19 districts. Vacation of all the government employees in the possible cyclone attack zones declared cancelled.

The state minister Dr Md Enamur Rahman held a meeting with the concerned officials at the secretariat on Wednesday.

After the meeting, the state minister said, “The cyclone may move towards Dinajpur via Khulna, Satkhira, Rangpur. ‘Fani’ is likely to hit coastal areas on May 4.”

“All the volunteers, including 56,000 helpers of CPP, Scout Volunteer, Ansar-VDP, have been kept ready on field level. Necessary relief goods, including 41,000 packets of dry food and drinking water, were dispatched to the coastal districts and cyclonic shelter centers.”