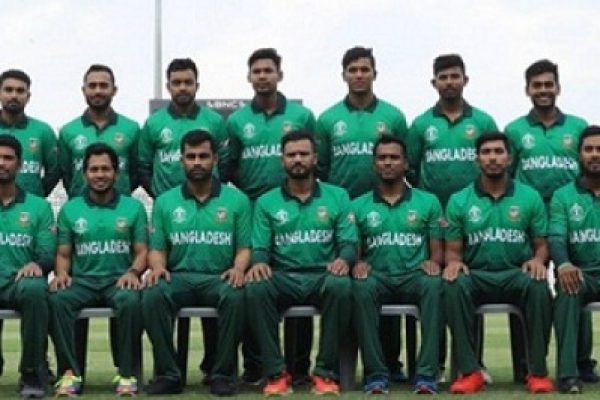 Bangladesh National Cricket team left Dhaka for Ireland on Wednesday morning to play a tri-nation series involving the hosts and West Indies as well as to play the ICC World Cup beginning in England on May 30.

After playing the tri-series in Ireland between May 5 and 17, Bangladesh will travel to England and Wales to play the ICC World Cup.

The Tigers will start their ICC World Cup campaign taking on South Africa on June 2 in London.

Along with the 15 members of the World Cup squad, Bangladesh going to Ireland with four more players -- Taskin Ahmed, Farhad Reza, Nayeem Islam and Yasir Rabbi. Bangladesh captain said they got a golden chance to prove themselves in a greater stage.

The government has taken all kinds of necessary preparation to face cyclonic storm ‘Fani’.

Ministry of Disaster Management and Relief already has opened control room. The control rooms have been opened in 19 districts. Vacation of all the government employees in the possible cyclone attack zones declared cancelled.

The state minister Dr Md Enamur Rahman held a meeting with the concerned officials at the secretariat on Wednesday.

After the meeting, the state minister said, “The cyclone may move towards Dinajpur via Khulna, Satkhira, Rangpur. ‘Fani’ is likely to hit coastal areas on May 4.”

“All the volunteers, including 56,000 helpers of CPP, Scout Volunteer, Ansar-VDP, have been kept ready on field level. Necessary relief goods, including 41,000 packets of dry food and drinking water, were dispatched to the coastal districts and cyclonic shelter centers.”