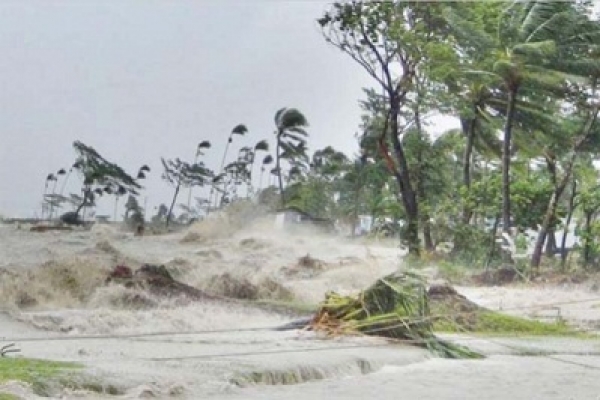 The very severe cyclonic storm was 915km southwest of Mongla port and 925km Southwest of Payra port at 9am on Thursday.

Maritime ports in Chattogram have been asked to hoist danger signal number six. This danger signal is also effective for coastal districts of Chattogram, Noakhali, Laxmipur, Feni, Chandpur and their offshore islands.

‘Fani’ was centred about 1,065 km southwest of Chattogram port and 1,025km Southwest of Cox’s Bazar port in the morning.

It is likely to intensify further and move in a north-northeasterly direction, the Met Office said. Fani will reach Khulna and adjoining southwestern part of Bangladesh by Friday evening.

Met Office said these areas are likely to be inundated by 4-5 feet high storm surge under the influence of ‘Fani’ and the new moon phase.

Maximum sustained wind speed within 74 kms of the storm centre is about 160kph, rising to 180kph in gusts or squalls.

All fishing boats and trawlers over the North Bay and deep sea have been advised to take shelter immediately. They have been asked to remain in shelters until further notice.