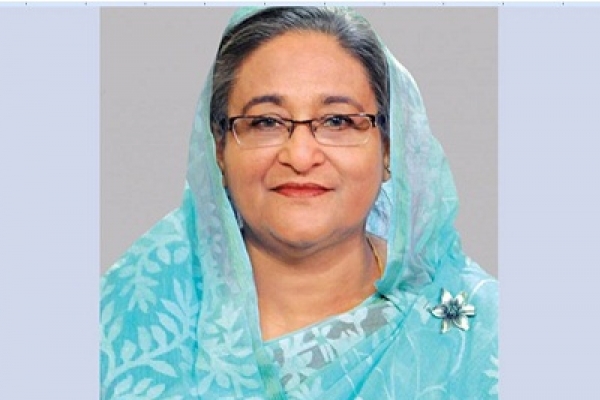 Prime Minister, now in London on an official visit, today asked all public and private organizations to work in a well-coordinated way to face the cyclonic storm Fani.

She also requested the countrymen to remain prepared to face the natural disaster, said a release of the Prime Minister Office (PMO).

The premier asked the authorities concerned to take all precautionary measures in view of the cyclonic storm ‘Fani’ which is likely to hit the coastal belts of Bangladesh Friday night.

The prime minister instructed all departments concerned to take all kinds of precautionary steps and remain alert to minimize the losses of lives and property during the cyclonic storm.

Following the directives of the prime minister, all preparations have already been completed to face ‘Fani’ under the supervision of the PMO whereas preparations have also been taken to face the possible losses in the cyclonic storm, the release further said.

The prime minister, who is monitoring the overall situation round the clock and giving necessary directives from London, asked the authorities concerned to bring all the people to safer places before the ‘Fani’ hits Bangladesh.

In line with her directives, people have already been taken to nearby cyclone centres and schools and colleges from the coastal areas with the help of local administrations, the release added.

All the law enforcing agencies and the army, the navy, the air force and the coast guard have been kept prepared to face the disaster in accordance with the prime minister’s directives.

Besides, the PMO has suspended its weekly holidays aimed at maintaining communication with the respective districts in the costal belts.-BSS