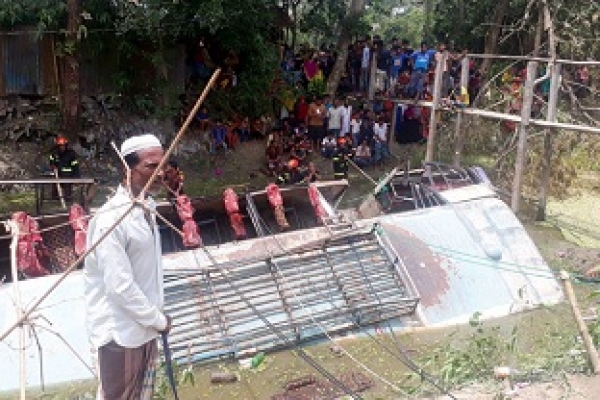 At least three people were killed and 10 to 12 others injured as a passenger-bus fell into roadside ditch after losing control in Noakhali on Wednesday morning.

Identities of them could not be known immediately. The injured people were admitted to different hospitals.

The accident took place on Chatkhil-Ramganj road at Munshirasta area when a bus of Janani Paribahan fell into a roadside ditch after losing control around 10 am.