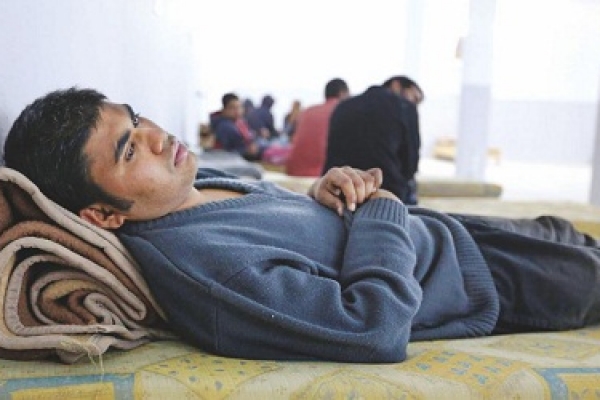 Bangladesh Red Crescent Society (BDRCS) has confirmed the identities of 27 Bangladesh nationals who died in Friday’s boat capsize in the Mediterranean Sea while attempting to reach Europe from Libya.

BDRCS' Restoring Family Links (RFL) wing director Imam Zafar Sikder said they have confirmed the identities of 27 Bangladeshis after talking to four Bangladeshi survivors over phone through an official of Tunisia Red Crescent.

He also said five bodies have been recovered.

Earlier, the BDRCS opened hotline numbers to establish contact with family members of the victims and survivors of Friday's boat capsize in the Mediterranean Sea.

Zafar Sikder said they are in constant touch with Tunisia Red Cross Society, Bangladesh Embassy in Tripoli and Foreign Ministry here to get update on the matter.

Around 75 migrants had left Libya's Zouara on the boat and a total of 37 Bangladeshis among others feared dead in the boat capsize in the Mediterranean Sea.

While briefing reporters at his office on Sunday, Foreign Minister Dr AK Abdul Momen said "30-35" Bangladesh nationals might have died in the boat capsize as 14 Bangladeshis have already been rescued among 51 them.

Friday's accident was dubbed the "deadliest migrant boat sinking since January" by the International Organization for Migration.-daily observer