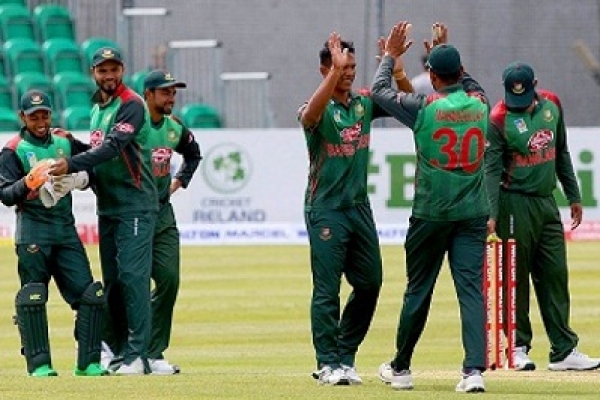 Bangladesh won by 6 wickets against Ireland in the ongoing tri nation series at the Clontarf Cricket Club ground in Dublin on Wednesday. The openers, Tamim and Liton laid the platform with 117-run partnership. Once Tamim departed, Shakib took the responsibility. He scored a fifty too and then retired due to side strain. By that time Bangladesh had almost wrapped up the game.

It was a mere formality and the calming presence of Mahmudullah ensured that the Asian country achieve the target without much fuss. The opener Liton Das was the highest scorer for the visitors with 76 off 67 balls. And for Ireland, Boyd Rankin picked up a couple of wickets.

Earlier, Ireland won the toss and decided to bat first but they failed to make an impressive start as they lost the first wicket in just 23 runs, but they made comfortable the total of 292 runs, featuring 118 runs in the 3rd wicket stand by centurion Paul Stirling and captain William Porterfield.