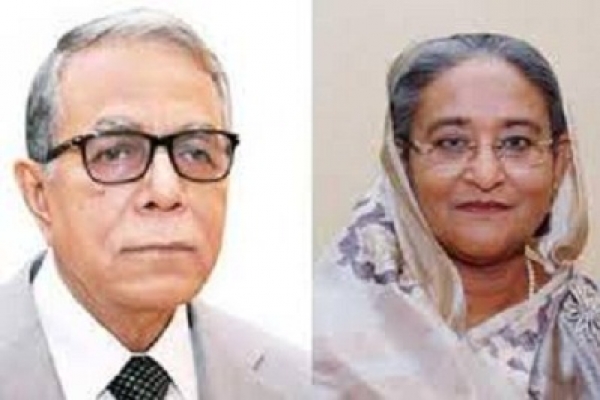 President M Abdul Hamid, who is on an 11-day visit to London and Germany for health check-up, today congratulated the national cricket team for clinching the tri-series trophy in Ireland.

The Tigers won their maiden trophy in the tri-series and multi-nation tournaments as they beat the West Indies by five wickets at the Malahide in Dublin on Friday.

In a felicitation message early today (BST), the head of the state greeted all the players, coach and officials of the Bangladesh cricket team as well as Bangladesh Cricket Board (BCB) officials concerned for becoming champion over the West Indies in the tri-country series.

“The whole nation is proud of this tremendous success . . . This victory will help increase more confident in crickets,” the President said.

The cricket-lover prime minister greeted all the players, coach and officials of the national cricket team as well as Bangladesh Cricket Board (BCB) officials concerned for clinching the tri-series which also involved the hosts Ireland.

“The whole nation is proud of seeing the team spirit of our players and their tremendous performance,” she said.