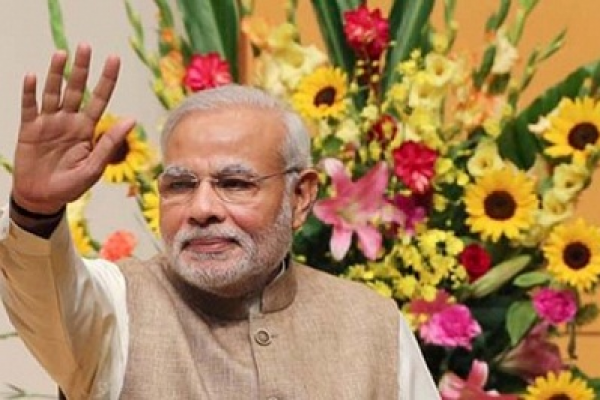 The Narendra Modi-led National Democratic Alliance (NDA) is all set to return to power winning 287 seats in Lok Sabha elections, but the Bharatiya Janata Party may fall short of half-way mark on its own as it is expected to win 236 seats, according to CVOTER-IANS exit poll.

In the predictions on the basis of data received till 4 p.m. on May 19, Mahagathbandhan (MGB) is expected to upset the BJP in Uttar Pradesh as the alliance of Samajwadi Party (SP) and Bahujan Samaj Party (BSP) may win 40 seats and the BJP can come down to 38 from 71 it had won in 2014.

It might be taking a beating in Uttar Pradesh, but the NDA seems to be holding its turf in Bihar where it is expected to win 33 with 13 going to BJP. Other NDA partners -- JDU and Lok Jantantrik Party (LJP) are expected to win 20. In 2014, the BJP had won 22 with LJP getting 6 and RLSP (then with NDA) getting 3.

The non-NDA and non-UPA block categorized as "others" is expected to get 127 seats with MGB in Uttar Pradesh leadign the pack with 40. Mamata Banerjee's Trinamool Congress is expected to win 29 seats, down from 34 it had won last time.

If the BJP strikes post-poll alliance with YSR Congress, BJD and TRS, the NDA tally will reach 323, according to the exit poll.

The UPA's post-poll partnership with AIUDF, LDF, MGB and TMC will take its tally to 203.