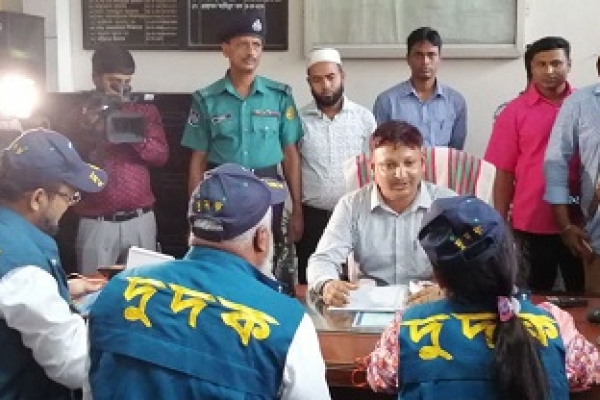 The Anti-Corruption Commission (ACC) has conducted a drive at Kamalapur railway station after getting complaints about sufferings to get train tickets in online.

A three-member team led by Assistant Director of the ACC Alamgir Hossen conducted the drive at Kamalapur online ticketing system server room around 10 am on Wednesday.

Later, they talked to the officials of the server room.

In this connection, Assistant Director of the ACC Alamgir Hossen, said we went on a raid at Kamalapur station after getting complaints from the train ticket seekers as they were facing sufferings to get ticket in online.

Quoting the officials of the server room, he said the work of server development is on as the ticket seekers are facing problems.