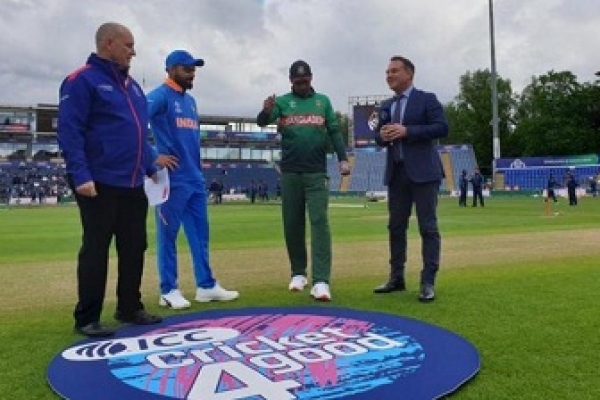 Bangladesh's second World Cup warm-up match against India has started after a brief halt due to rain in Cardiff.

Rain hit the play just after two balls of the innings bowled on Tuesday (May 28).

After the rain stops, India were at 4 for no loss in 1 over while Rohit Sharma and Shikhar Dhawan were at the crease.
Earlier, Bangladesh Skipper Mashrafe Mortaza won the toss and sent India to bat.

Tiger's first warm up match against Pakistan was cancelled out due to rain on Sunday (May 6).
It is the last opportunity to sort the team combination for both teams before the real battle begins. India countered a green pitch in their first practise match against New Zealand and their top-order looked all at sea.