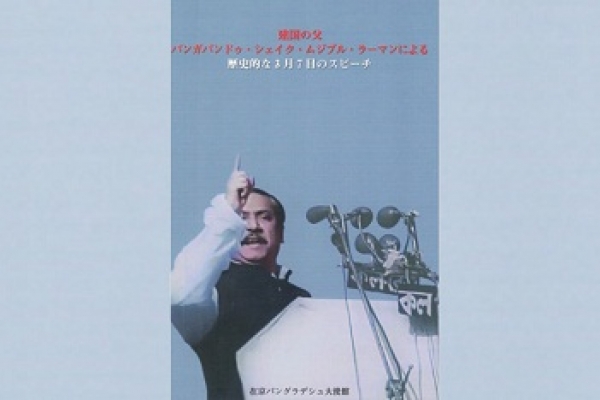 The historic March 7th speech of Father of the Nation Bangabandhu Sheikh Mujibur Rahman has been published in Japanese language in Tokyo.

Bangladesh embassy in Tokyo published the speech in Japanese language as the first foreign tongue after English, according to a press release of Japan Bangladesh mission received here today.

Prime Minister Sheikh Hasina unveiled the publication on May 29 during her recent Japan visit, it added.

Bangabandhu’s ‘Unfinished memoir’ and a graphic novel ‘Mujib’ were also translated into Japanese as the first foreign language after English.