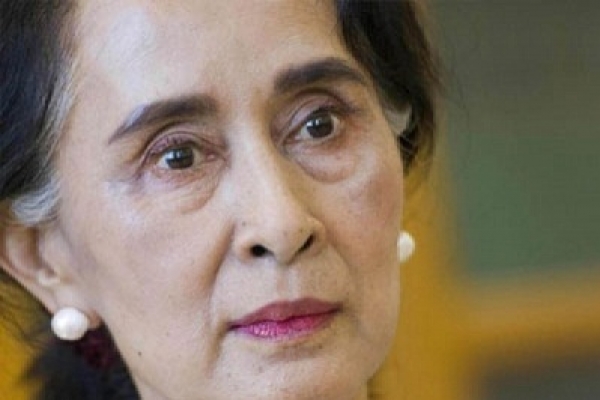 Aung San Suu Kyi, the leader of Myanmar, and Hungary’s far-right nationalist prime minister Viktor Orban both see immigration and “continuously growing Muslim populations” as one of the greatest challenges facing their countries.

As part of a rare trip to Europe, Ms Suu Kyi, who has been condemned for her handling of the Rohingya refugee crisis, met the Hungarian leader in Budapest on Wednesday.

“The two leaders highlighted that one of the greatest challenges at present for both countries and their respective regions – south-east Asia and Europe – is migration,” the Hungarian government said in a statement after the meeting.

“They noted that both regions have seen the emergence of the issue of co-existence with continuously growing Muslim populations.”

Mr Orban said Hungary was in favour of trade cooperation between Myanmar and the EU, but rejects “attempts at the export of democracy”.

He said the bureaucrats in Brussels and the West “seek to conflate unrelated issues such as economic cooperation and internal political questions”, according to the statement.

The far-right leader has repeatedly clashed with the EU over the issue of immigration after his government declared “a crisis situation due to mass immigration” in 2015.

Mr Orban has called for immigration be controlled by national governments, not EU bureaucrats, and says he will resist any EU-wide attempt to strip Hungary of its right to protect its borders.

His government was accused of using anti-migrant rhetoric that fuels “xenophobic attitudes, fear and hatred” in a report by the Council of Europe’s commissioner for human rights.

After his meeting with Myanmar’s leader, Mr Orban said he had “great respect for Aung San Suu Kyi and all she has done for her country’s freedom and democratic transformation”.