Bangladesh not relying on history against England: Mashrafe

Bangladesh not relying on history against England: Mashrafe 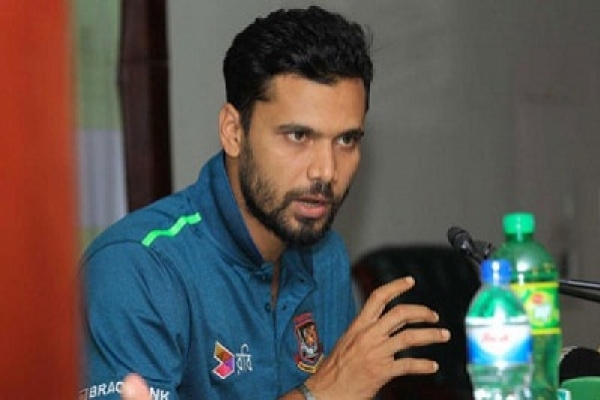 Bangladesh are not going to rely on previous upsets against England as they prepare to face the tournament favourites in their third Cricket World Cup game on Saturday, captain Mashrafe Mortaza has said.

Minnows Bangladesh have defeated England twice before in the World Cup with the win in the 2015 edition knocking them out of the tournament.

"For us, again, I would say yes, we have been beating them the last two World Cup. It doesn't mean that we will make it happen again the way it did," Mortaza told reporters during training.

"Both teams start from the first ball, so it's very important for both teams to start well."
Bangladesh are not taking the hosts lightly who will be looking to win their first World Cup title after having reached the finals three times before.

"I think obviously this is one of the best team England have ever produced, especially in the World Cup," Mortaza added.
"I think still they are in the right way winning matches, and they are in good touch."
Mortaza said the weather will be a big factor in deciding the line-up of the team that will play on Saturday, with rain sweeping across England and Wales this week.

Both teams have won one of their two games to date in the 10-team round-robin format.