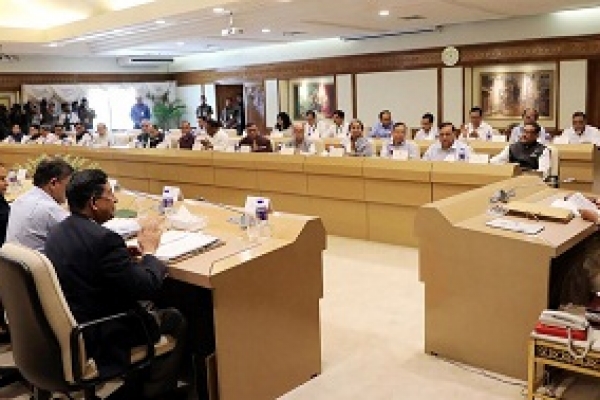 The cabinet on Monday gave its final approval to the proposed Bangladesh Tariff Commission (Amendment) Act-2019 amending the country’s main tariff law originally enacted in 1973 in its weekly meeting with Prime Minister Sheikh Hasina in the chair at the PMO.

He said the law suggested inclusion of the word “trade” in its title and sought to widen its purview, obligate the

Commission employees to maintain secrecy of their functions and kept provisions of hiring consultants and research associates on ad hoc basis.

Alam said the tariff law originally was enacted as a presidential order in 1973, later to be turned into an act in 1992 but the demands of the global and domestic trading systems required its amendment.

“The existing (tariff) law has many limitations,” the top government bureaucrat said.

Replying to a query, the cabinet secretary said they on Sunday received the report of the four-member probe committee formed to investigate into the travelling of a Biman Bangladesh Airlines pilot without passport to Qatar and negligence of immigration officials at the Hazrat Shahzalal International Airport (HSIA) in this regard.

“We are yet to open the report formally. To the best of my knowledge, it has suggested five to seven recommendations which are mainly generics such as if any passenger or crew want to cross immigration he or she has to go through immigration procedure,” he continued.

The cabinet also extended its congratulation as Bangladesh was elected as a member of the prestigious Economic and Social Council (ECOSOC) of the United Nations for the term 2020-2022 from the Asia-Pacific region by securing 181 votes out of 191, he said.

It also adopted a condolence motion at the demise of renowned theatre personality and language movement activist Prof Momtazuddin Ahmed. It has prayed for eternal peace of his departed soul and expressed deep sympathy to the bereaved family members.