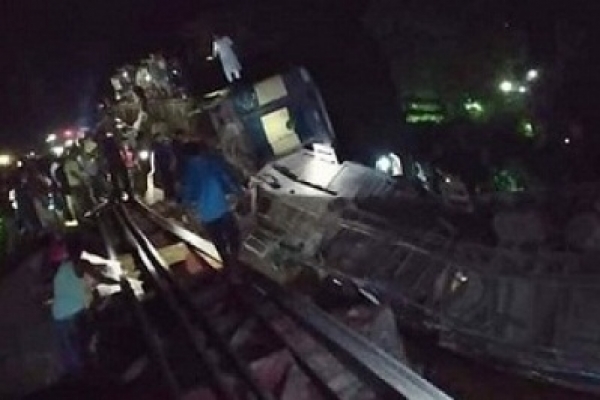 At least four people were killed and over two hundreds injured as intercity train ‘Upaban Express’ derailed at Baramchal under Kulaura upazila of Moulvibazar.

The accident took place around 11:45pm on Sunday. The location of the accident is adjacent to Kala Miar Bazar and only 200 yards away from Baramchal Railway Station.

Sources said that the Dhaka-bound train, coming from Sylhet, veered off the tracks and four compartments of the train fell into the canal and one of them overturned, leaving four people dead.

Following the accident, the rail links between Sylhet and the rest of the country is halted.