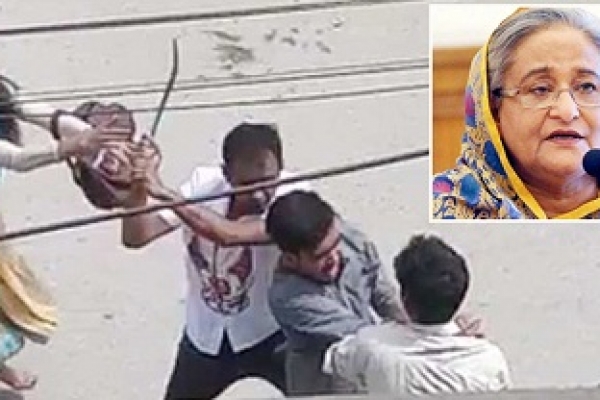 The minister said this while addressing at a press conference on his ministry’s ongoing development activities and contemporary issues held at the Secretariat.

In a reply to a question from a journalist, Quader said it is an isolated incident.

He said a man was already arrested over the murder and the process is on to arrest rest of the accused.

On Wednesday morning, Rifat Sharif, a resident of Sadar upazila, was hacked to death by four miscreants in front of the main gate of Barguna College.

Police arrested a youth named Chandan from BKP area in the town in connection with the killing of a man in front of his wife on Wednesday.

Dulal Sharif, the father of victim Rifat, filed a case against 12 people on Thursday.