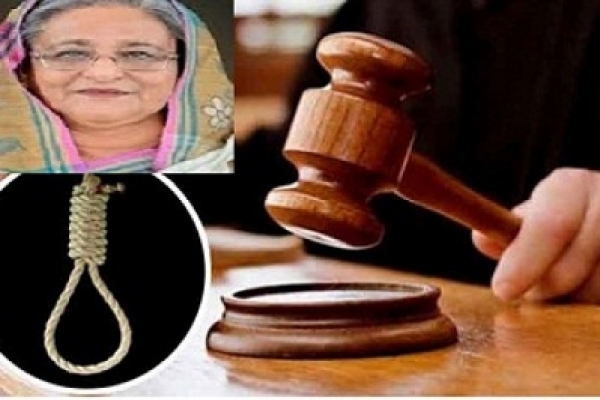 A Pabna court today sentenced nine leaders and activists of a BNP-led alliance to death and 25 others to life term imprisonment for an attack on a train carrying the then opposition leader Sheikh Hasina in Pabna 25 years ago.

The court also sentenced 12 others to 10 years’ imprisonment in the same, reports our Pabna correspondent.

Additional District and Sessions Judge Rustom Ali today gave the verdict after hearing the argument both from the state and defence counsels.

Among the convicts, five passed away during the trial.

After the verdict, local BNP men brought out a protest procession on the court premises while ruling Awami League supporters and activists held separate procession expressing satisfaction over the judgement

In 1994, Sheikh Hasina (now the Prime Minister of Bangladesh) was travelling from Khulna to Rajshahi via train and holding rallies at different railway stations. As her train reached Pakshey Railway Station in Pabna’s Ishwardi upazila, it was attacked with crude bombs and gunshots.

Nazrul Islam, then officer-in-charge of Ishwardi Police Station, filed a case accusing 52 persons of BNP and its ally parties. Police pressed charge sheet against the accused on April 4, 1997 but all of them secured bail from court.