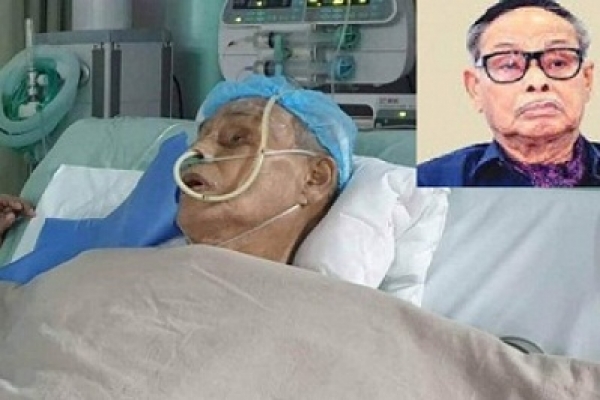 He has been placed on life support at 4:15 pm on Thursday, said former Secretary General of the party Jiauddin Bablu.

Earlier, his wife JaPa’s Senior Co-Chairman Begom Rowshan Ershad and brother acting chairman GM Quader visited him at the ICU of the hospital.

Ershad was admitted to CMH due to old-age complications on June 26.

The JaPa chief has been suffering from serious ailments for the last nine months. He also went to a Singapore hospital after the national election.

He last appeared at a public gathering at an Iftar Mahfil programme at Westin Dhaka.