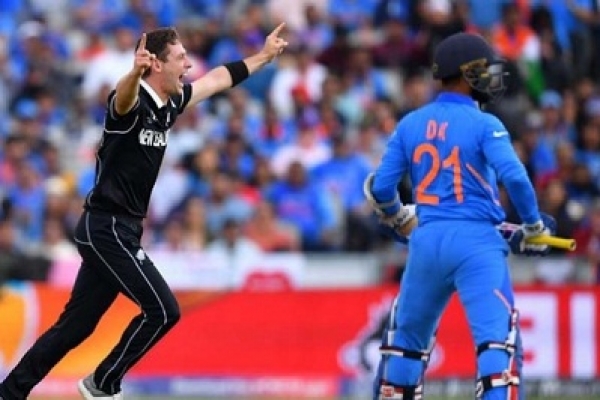 New Zealand won by 18 runs in the thriller semifinal of World Cup against India at Old Trafford in Manchester today.

New Zealand reached the World Cup final for the straight second time and also became the first team to ensure their berth in the final in this edition of World Cup.

Chasing a target of 240 runs to clinch the first semifinal, India lost all wickets for 221 with three balls remaining at Old Trafford.

New Zealand will play Australia or England in the final at Lord's on Sunday (July 14).