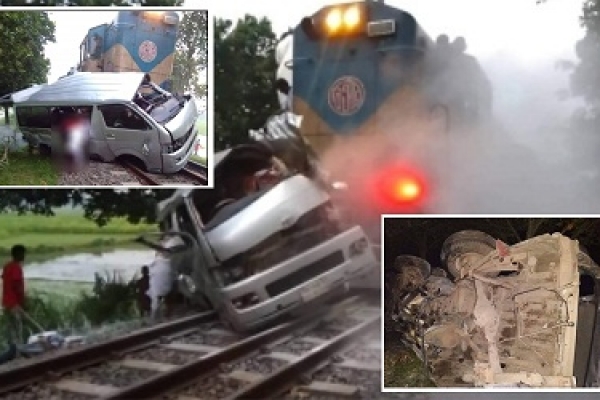 At least nine people, including a newly married couple, have been killed and six others injured as a train hit a microbus on the rail crossing in Sirajganj's Ullapara upazila.

Ullapara Police Station SI Mosharraf Hossain said: "The incident happened in Panchakroshi area around 6:45 pm today when the Dhaka-bound Padma Express from Rajshahi hit a microbus. The injured have been rescued and sent to hospital for treatment."

The rail communications between North Bengal and the rest of the country suspended due to the incident.