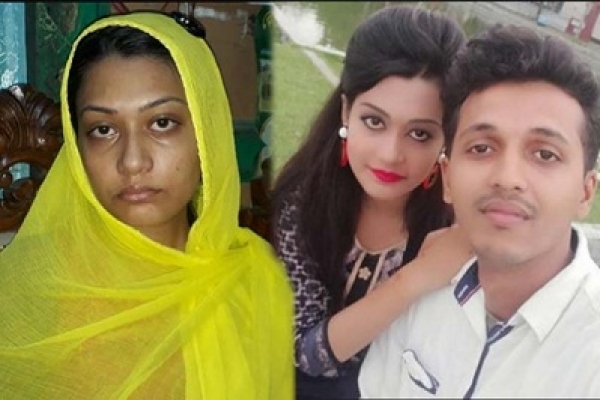 Police have shown Ayesha Siddika Minni arrested in the murder case of Barguna's Rifat Sharif.  Minni, prime witness of the case, was shown arrested around 9:00pm on Tuesday.

Earlier, she was brought to the police lines from her house around 10:15am for interrogation.

SP Maruf said 1 no. witness of Rifat murder and eyewitness Minni was brought to police lines for questioning. At night, she was arrested in the case.

Earlier on July 13, Rifat's father Dulal Sharif at a press conference claimed that Minni had a link in his son's murder. He demanded arrest of his daughter-in-law.

Dulal claimed that Minni secretly married Nayan Bond, one of the killers, before his son and she alongwith her family hide the matter.

On June 26, Rifat Sharif, 22, was hacked to death by criminals in front of his wife in broad daylight in the district town. The incident was caught on surveillance camera.