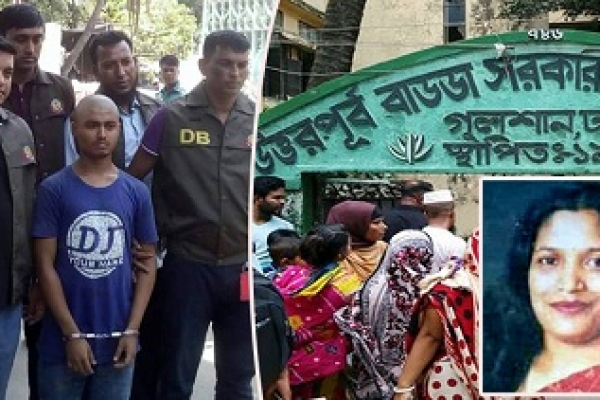 A Dhaka court has granted 5-day remand for the key suspect Ibraheem Hossain Hridoy of Badda woman lynching case where Taslima Begum Renu was killed by mob on child-lifting rumor, on Wednesday.

He was detained from Bhulta upazila in Narayanganj as the key suspect in connection with the lynching of an innocent woman in the capital’s North Badda area, by Detective Branch (DB) on Tuesday night.

Before Hridoy’s detention police also have arrested another seven in connection to the woman lynching including Shaheen, 31, Bachu Mia, 28, Bappi, 21 and Abul Kalam Azad, 50 from Badda and North Badda area.

Police said, a suspect named Jafor already has given his deposition under section-164, power to record statements and confessions.

To be noted, Taslima Begum Renu, the 40-year-old mother of two from Mohakhali in the capital, was beaten to death by the mob on suspicion that she was a child-lifter at a school in North Badda.

Later her nephew Nasir Uddin filed a case with Badda Police Station against 400 to 500 unnamed people.