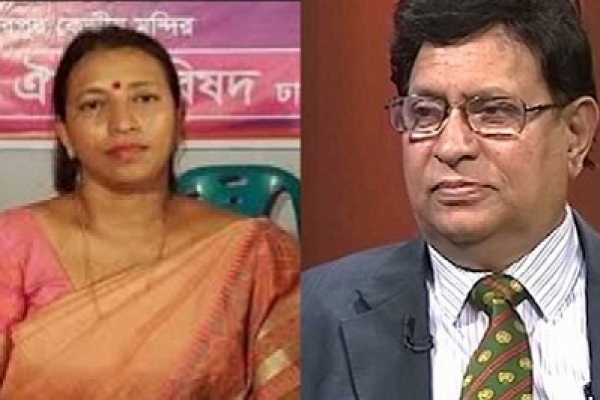 The government has no plan to arrest Priya Biswas Saha for her recent comments to the US president, foreign minister Dr AK Abdul Momen said.

The minister said this while addressing newsmen at his office in the capital on Wednesday afternoon.

In reply to a query, he said, US assistant secretary Alice Wells also wanted to know about the issue.

I told Alice Wells, “We have no plan to arrest Priya Saha. We don’t want to file any case against her. We are ready to provide security to her.”

“I joined the ‘Second Ministerial to Advance Religious Freedom’ organized by USA. A four-member Bangladeshi delegation joined the function. Priya Saha was not the representatives of the government there,” he added.

Earlier on July 17, Priya Saha drew huge criticism after she told US President Donald Trump that 37 million people from religious minorities have “disappeared” from Bangladesh.