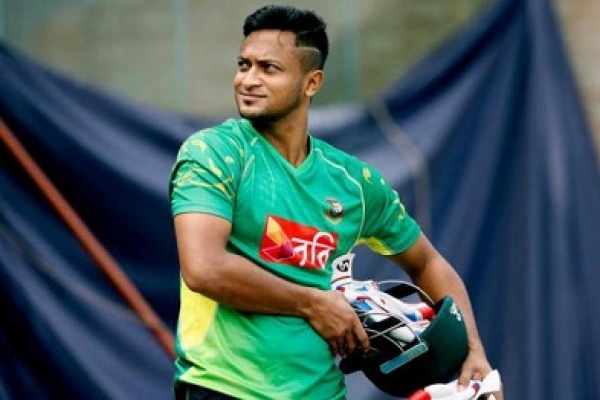 Bangladesh Cricket Board (BCB) denied Shakib’s move to the Rangpur Riders for the 7th season of Bangladesh Premier League (BPL) T20 Cricket without a fresh contract.

Mahbub Anam, the auction commissioner of BPL, on Sunday said, the BPL authority has no connection with the recent transfer of several national cricketers, UNB reports.

He came up with the decision after a meeting of BPL’s governing body at the Sher-e-Bangla National Cricket Stadium on Sunday.

“The contract of BCB with the previous Franchises was expired after the 6th edition of BPL and a fresh contract is needed between two parties to run a team in the 7th edition of BPL”, he said pointing the clause 3.1 of the franchise agreements with BCB.

“As we are yet to renew the contract with the franchises for a new cycle of BPL, we are not to acknowledge any transfers which have made by some previous BPL franchises,” Mahbub told the media.

He said the first six editions of BPL were included in the first cycle of the tournament. From the upcoming season, the new cycle of BPL will commence and continue till the 10th edition.

As per the BPL governing body’s decision, they will ask all the franchisees who have participated in last edition of BPL to come and discuss about renew of the contract for the next cycle of the event.

Mahbub Anam further said, “Within the next 48 hours, we will send a letter to all the previous BPL franchise to let us know their position to renew the contract with BCB.”

“As per the latest development, five franchises of the previous seven teams will continue. Chittagong Vikings have already informed us that they are reluctant to run the team. Along with them, another team is also thinking to opt out.”

An Express of Interest (EOI) has been issued for the interested applicants for franchisee rights of two teams, Mahbub added.

With this stand of BPL authority, the move of Shakib to the Rangpur Riders and Tamim Iqbal and Mushfqiur Rahim move to Khulna Titans and Comilla Victorians respectively, will not valid.

“If you have no contract with BCB as a franchise, your actions will not be accepted,” Mahbub said regarding the step of some previous franchise to rope the players for the new season.

BCB decided to start the new cycle with the fresh rules and regulations as the first cycle of the BPL has ended with sixth edition.

It means the franchises, which will get a new contract after discussion with the board, will not get any chance to retain players from their previous squad. The player retention option will come into effect from the BPL T20’s 8th edition onwards.

A maximum number of eight teams will take part in 7th season of BPL. However, BPL governing body denied making any comment whether they will run BPL with six or seven teams.