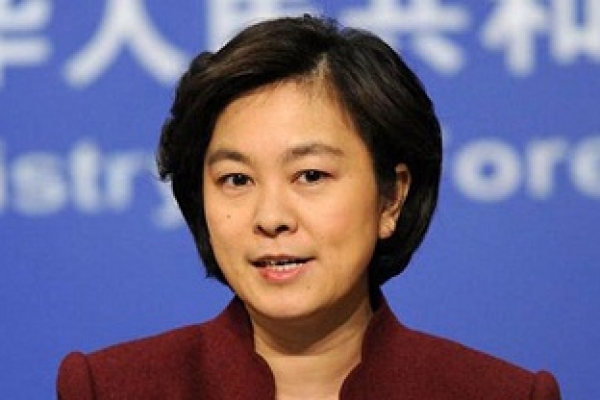 China said on Tuesday it opposed India's decision to revoke the special status of Kashmir, a disputed region sandwiched among India, Pakistan and China, because it undermined China's territorial sovereignty, reports The Dawn.

In a move to tighten its grip on the Himalayan region, Indian Prime Minister Narendra Modi's government dropped a constitutional provision that allowed the only Muslim-majority region occupied by India to make its own laws.

"China is always opposed to India's inclusion of the Chinese territory in the western sector of the China-India boundary into its administrative jurisdiction," foreign ministry spokeswoman Hua Chunying said, in response to a question regarding India's announcement of the Ladakh region as a Union Territory which also includes Chinese territory.

"Recently India has continued to undermine China's territorial sovereignty by unilaterally changing its domestic law," Hua added, in a statement on the foreign ministry's website.

“India's action is unacceptable and would not have any legal effect,” Hua added.

China urged India to be cautious on border issues and to strictly abide by the agreements reached by both countries in order to avoid any actions that would further complicate boundary issues, the spokesperson said.

The disputed region is divided between India, which occupies the populous Kashmir Valley and the Hindu-dominated region around Jammu city; Pakistan, which controls a wedge of territory in the west; and China, which holds a thinly populated high-altitude area in the north.

Responding to a question regarding China's position on the rising tension in the region owing to the deployment of a large number of additional paramilitary troops in occupied Kashmir and the removal of its "special status", the spokesperson said that China is "seriously concerned" about the current situation.

"The relevant sides need to exercise restraint and act prudently. In particular, they should refrain from taking actions that will unilaterally change the status quo and escalate tensions."

The spokesperson said that China calls on both countries to peacefully resolve disputes "through dialogue and consultation" and to "safeguard peace and stability in the region".