Fire breaks out in Mirpur

Fire breaks out in Mirpur 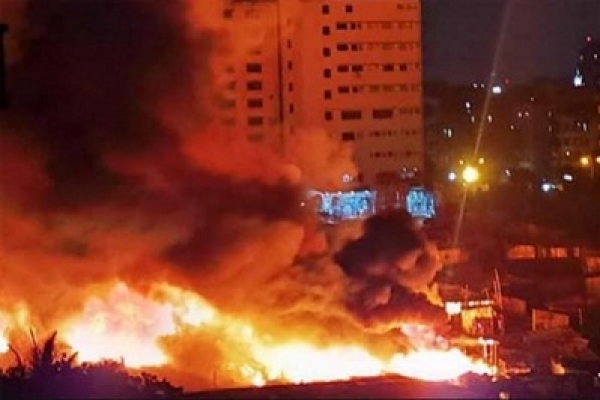 A devastating fire broke out at a slum in Chalantika intersection area of Rupnagar thana in capital’s Mirpur on Friday night.

On information, 20 fire units rushed to the spot and trying to douse the blaze.

Locals said that firefighting units took more time to arrive the spot as lots of high-rise buildings are located in the area. The slum dwellers claimed that there were nearly 7,000 shanties in the area.

However, no casualties have been reported yet.