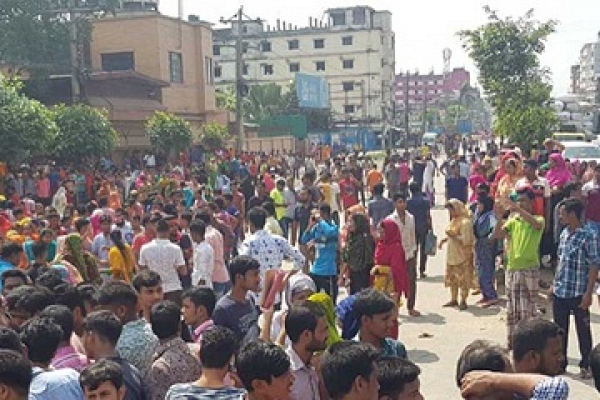 The workers of a garment factory have blocked the main road in the capital's Shyamoli area, protesting the closure of the factory.

Hundreds of workers of Alif Apparels took to the street around 10 am today, creating havoc for the city commuters during morning rush hours.

Huge traffic congestion has been created on the Shyamoli to Kalyanpur side of the Mirpur road and its nearby alleys.

The agitated workers said they went to the eid vacation on August 11 and when they returned to the work today, they found the factory closed.

They alleged that the authorities of the factory shut the factory and did not pay any dues to the staff and workers.

Mohammadpur Police Station SI MD Bulbul said the police are trying to remove the workers from the street.

The workers were staying on the road till filing the report at 12 noon.