Kashmir is an internal issue of India: Bangladesh

Kashmir is an internal issue of India: Bangladesh 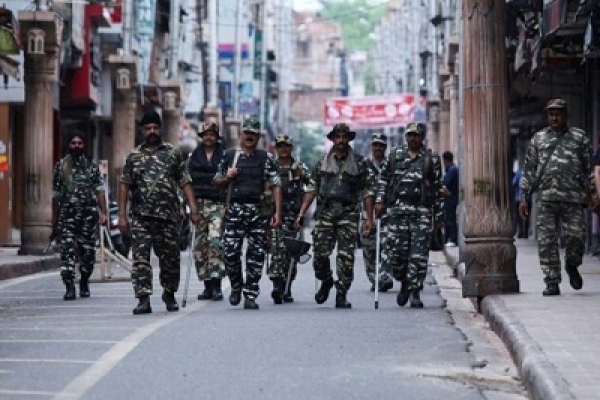 The abrogation of Article 370 by the Indian Government is an internal issue of India, says a press release issued by the Ministry of Foreign Affairs.

The press note was issued on the website of the ministry today at a time when Indian External Affairs Minister S Jaishankar is paying a three-day official visit to Dhaka.

"Bangladesh maintains that the abrogation of Article 370 by the Indian Government is an internal issue of India," the press note stated.

"Bangladesh has always advocated, as a matter of principle, that maintaining regional peace and stability, as well as development should be a priority for all countries,” it added.

Earlier, after a rare “closed consultation” at the United Nations Security Council on Kashmir, India’s Ambassador and Permanent Representative to the UN, Syed Akbaruddin said the issue “entirely is an internal matter”.

Akbaruddin said India’s “position was and remains that matters pertaining to Article 370 are entirely an internal matter of India. These have no external ramifications”.

On August 5, the Indian government stripped Kashmir of the special autonomy it has had for seven decades, prompting a furious response from nuclear-armed rival Pakistan and raising fears of further violence in the Muslim-majority Himalayan region.