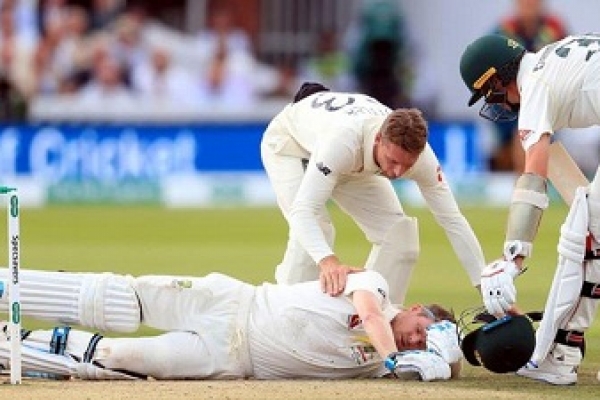 Australian batsman Steve Smith has been ruled out of the third Ashes Test after suffering a concussion.

Smith, 30, was hit in the neck by a 92mph bouncer from Jofra Archer on day four of the second Test, but passed an initial concussion test and returned to continue his innings.

It has not been confirmed who will replace Smith in the Australia team for the third Test at Headingley, which starts on Thursday.