3 terrorists killed in gunfight with army in Khagrachari

3 terrorists killed in gunfight with army in Khagrachari 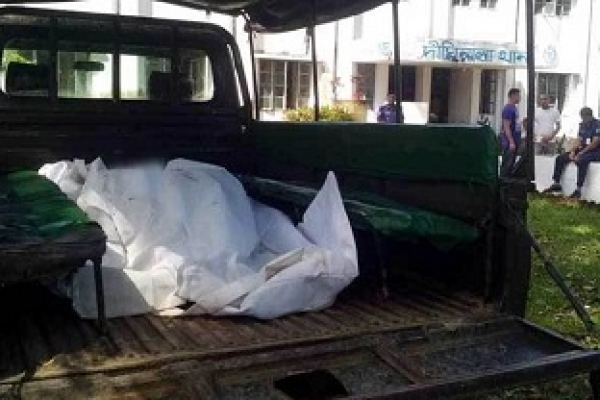 Three terrorists have been killed in a gunfight with army at Dighinala upazila in Khagrachari.

The deceased were the members of United Peoples Democratic Front (Prasit).

The deceased were identified as Bhujendra Chakma, 45, Ruchil Chakma, 25 and Nabin Jyoti Chakma, 32.

Locals said, acting on a tip off, a team of army conducted a drive at Baradam area in the upazila. Sensing presence of them, 7 to 8 terrorists fired on them. In reply, army men also fired back. Later, bodies of three terrorists, two pistols and 8-round ammunition were recovered from the spot.

Uttam Chandra Deb, officer-in-charge of Dighinala Police Station, said the bodies were taken to the police station from the spot.