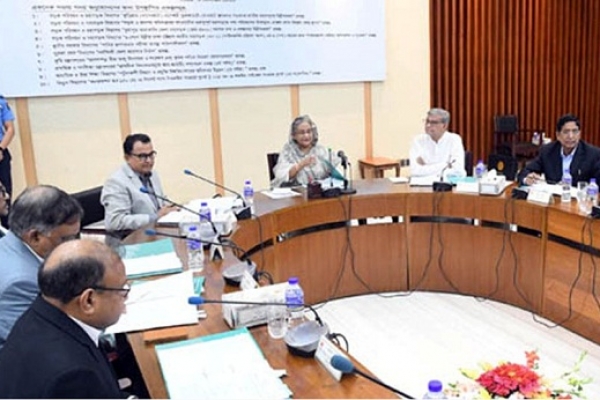 The Executive Committee of the National Economic Council (ECNEC) today approved 10 projects involving a total of Taka 6,326.23crore including one to renovate Dhaka-Chattogram four-lane national highway.

The approval came from the ECNEC meeting held at the NEC conference room at Sher-e-Bangla Nagar here with ECNEC Chairperson and Prime Minister Sheikh Hasina in the chair.

Briefing newsmen after the meeting, planning minister MA Mannan said of the total outlay of Taka 6,326.23 crore, Taka 5,326.91 crore will come from the government exchequer while Taka 999 crore from the own funds of the project implementing organisations.

He said the project-Performance based Operations and Strengthening Dhaka-Chattogram National Highway will be implemented at a cost of Taka 793 crore.

A project-Establishment of Axle Load Control Centres at Entry Points of Goods Transport in the Important Highways under the Roads and Highways Department-will be implemented at a cost of Taka 1,630 crore, he added.