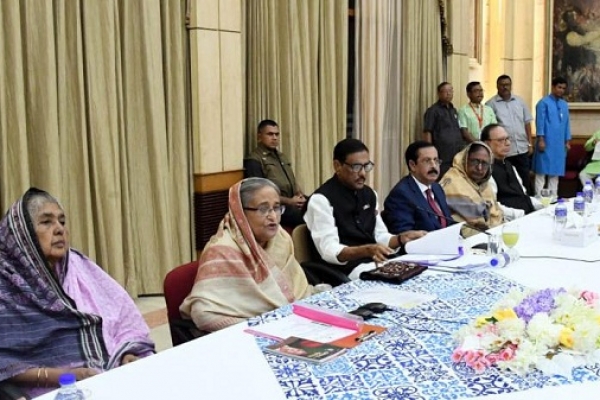 Prime Minister Sheikh Hasina has directed the Awami League leaders and workers to work for fulfilling the hopes and aspirations of the people by keeping up their confidence and trust to take root in the party.

“Bangladesh Awami League has been able to earn confidence and trust of the people as they know their lot is changed when the party comes to power,” she said.

Hasina, also the AL President, said this while delivering her introductory speech at a meeting of the Awami League (AL) Central Working Committee at Ganabhaban in Dhaka on Saturday (Sept 14), state news agency BSS reports.
“You’ll have to keep up the confidence and trust of the people and work for fulfilling their hopes and aspirations,” she said.

The prime minister said the grassroots leaders and workers will have to work with that sincerity. “Then, we could reach our desired goal and build Sonar Bangla as dreamt by Bangabandhu,” she said.
The AL president simultaneously directed the party leaders and workers to play a more responsible role towards the country and nation.