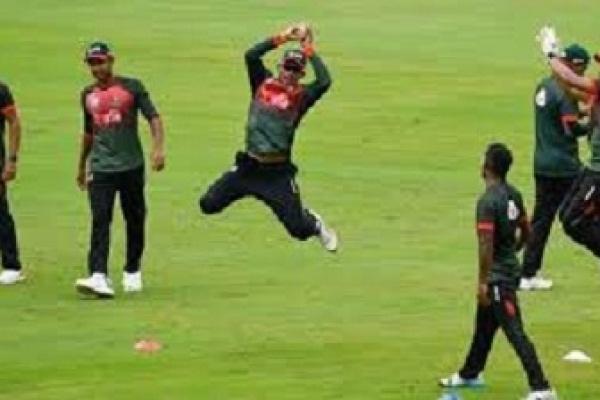 Bangladesh beat Zimbabwe by 39 runs in the fourth match of T20 tri-nation series in Chattogram on Wednesday.

A dashing half century from Mahmudullah propelled Bangladesh to score 175 for 7. He scored 62 off just 41 balls hitting a boundary and five over boundaries.

Mahmudullah was given the Player of the Match award for his outstanding performance in the game.