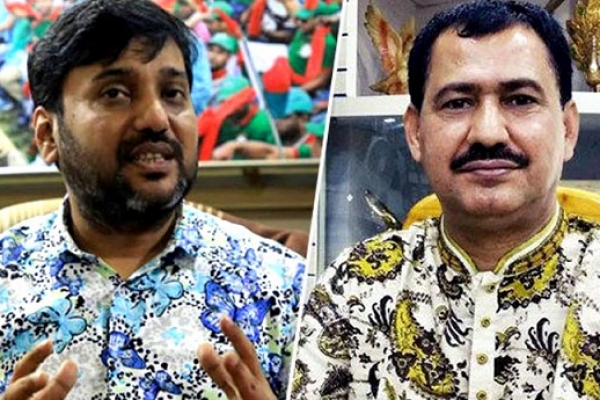 The central executive committee of Juba League has expelled its Dhaka South unit President Ismail Hossain Chowdhury Samrat and one of his close aides Enamul Haq Arman from the organization.

A team of RAB members arrested Samrat and Enamul Haq Arman from the border area in Cumilla early Sunday.

Samrat and some other Juba League leaders went into hiding amid allegations of running illegal casinos in the capital.

It has been alleged that Samrat used to run the casino operations inside the club.

According to reports in the media, Samrat used to take a share of the money from the other casinos in Motijheel area.