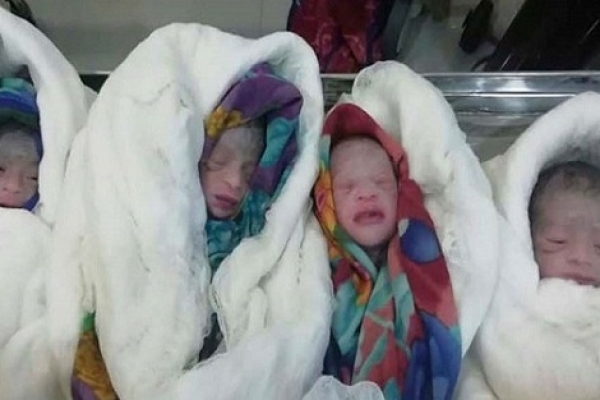 A woman has given birth to quadruplets (four babies) at a private hospital in Satkhira early Tuesday.

Runa Parvin gave birth to three boys and a girl through caesarean section around 2am at a private hospital in the district town.

Woman’s husband Shariful Islam said: "Runa was taken to the Sadar Hospital on Monday after she went into labour . But, the doctors referred her to Khulna Medical College Hospital (KMCH)."

"When she was taken to the KMCH, doctors stated that her condition is critical and asked us to take her to Dhaka Medical College Hospital," he added.

However, Runa’s family took her to the private hospital where the doctors said the mother and her four children were not fully well.