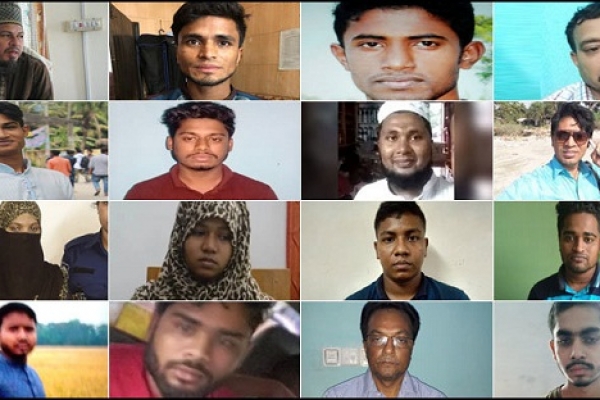 A special tribunal has sentenced sixteen people to death in the case lodged over murder of Sonagazi madrasa student Nusrat Jahan Rafi.

Judge Md Mamunur Rashid of Feni Women and Child Repression Prevention Tribunal passed the order around 11:15am on Thursday.

Nusrat, a student of Soniagazi Islamia Senior Fazil Madrasa, was set on fire on April 6, 2019, by stooges of madrasa principal Md Sirajuddoula as she refused to withdraw a case filed against the crooked teacher for sexual harassment.

Nusrat succumbed to her injuries at Dhaka Medical College Hospital on April 10.

Nusrat’s brother Mahmudul Hasan Noman on April 8, had filed the case against eight.

Police Bureau of Investigation (PBI) on June 29 filed charge sheet against 16. The court examined 87 witnesses on different occasions from June 27 to September 30.

Nusrat had accused Sirajuddoula of harassing her sexually on March 27 while she was exposed to his extreme vengeance on April 6 when she went to the madrasa to appear in Alim examination.

A group of masked youths, later found to be the cronies of the disgraced principal, took Nusrat to the rooftop of the madrasa and set her on fire after tying her with her scarf.