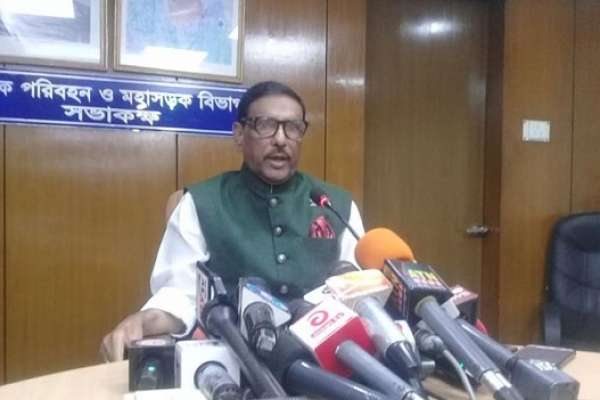 The minister expressed his reaction while talking to journalists at the Secretariat on Thursday noon.

Feni Women and Children Repression Prevention Tribunal on Thursday sentenced all the 16 accused in the murder case to death and fined Tk one lakh each.

Nusrat Jahan Rafi, a student of Sonagazi Islamia Senior Fazil Madrasa, was set ablaze allegedly for refusing to withdraw a case filed against Madrasa Principal Md Sirajuddoula for sexually harassing her. The 18-year-old girl was tied up and set afire on the roof of the madrasa's administration building before one of her Alim exams on April 6.

Nusrat succumbed to her injuries at Dhaka Medical College Hospital on April 10.