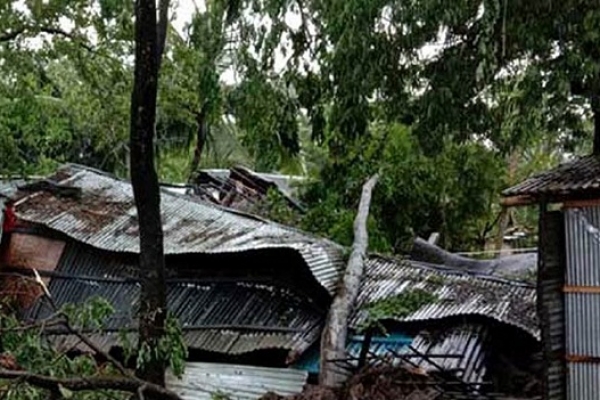 Three people have been killed and many injured after cyclonic storm Bulbul struck the coastal districts Khulna and Patuakhali, destroying hundreds of houses and trees.

In Dighulia upazila, a youth named Alamgir Hossain, 35, died as a tree fell on him during storm at Senhati village on Sunday morning.

In Patuakhali, Hamed Fakir, 65, a fisherman died when a heavy tree fell on his house during storm at Uttar Rampur village under Madhobkhali union in Mirzaganj upazila early Sunday.