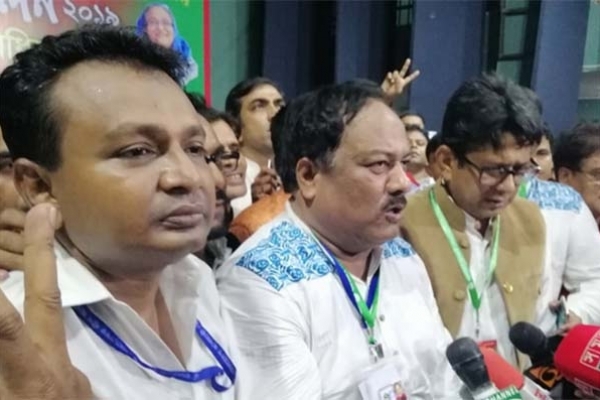 Nirmal Ranjan Guha and Afzal Babu have been elected as president and general secretary of Awami Swechchhasebak League, an associate body and volunteer wing of the Awami League (AL).

Earlier in the morning, Prime Minister and also the AL president Sheikh Hasina inaugurated the third council of Swechchhasebak League by releasing pigeons and balloons at the historic Suhrawardy Udyan.

The Swechchhasebak League was founded in 1997 with a convening committee led by Mokbul Hossain and Habibur Rahman Habib.

Its first council session was held in 2003, when AFM Bahauddin Nasim and Pankaj Debnath were made the president and general secretary respectively.

The last council session of the organisation was held seven years ago in 2012.