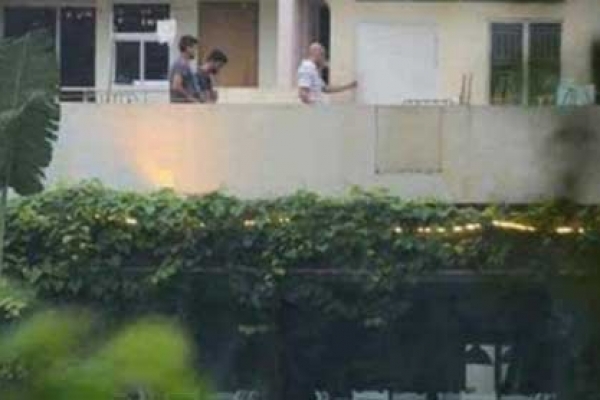 Dhaka Anti-Terrorism Special Tribunal on Wednesday convicted seven out of eight accused of the gruesome Holey Artisan Café attack case and sentenced them to death.

The court also acquitted another accused Mizanur Rahman alias Boro Mizan from charges of the case after he was found not guilty.

The tribunal Judge Mobijur Rahman handed down the verdict when the condemned convicts were present in the court.

The court ordered to execute the penalty by hanging them until they die.

Around 10:15am, the accused were produced before the Dhaka Metropolitan Magistrate Court premises from prison.

Meanwhile, special security measures have been taken from the law enforcers in and out of capital Dhaka to avert any untoward situation centering the verdict.

Earlier, Dhaka Anti-Terrorism Special Tribunal Judge Mobijur Rahman on November 17 set November 27 (Wednesday) to deliver its verdict in the case after the prosecution and defense concluded their respective arguments.

A gruesome attack at Holey Artisan Bakery in city's Gulshan by armed militants left twenty innocent people, most of whom are foreigners, on July 1, 2016. Two police officials also lost their lives while trying to save people there. Later, five attackers were killed in a commando operation.

Police, later, lodged a case with Gulshan Police Station in this connection under Anti-Terrorism Act.

Among 221 witnesses in the case, a total of 113 have testified before the tribunal.

The trial against the eight militants started on November 26 last year in the much-talked about Holey Artisan attack case.

On July 23, the Counter Terrorism and Transnational Crime (CTTC) unit of police submitted the charge sheet against eight accused.

A total of 21 people were identified behind the attack. Among them, 13 people were killed in different drives carried out by the law enforcers.