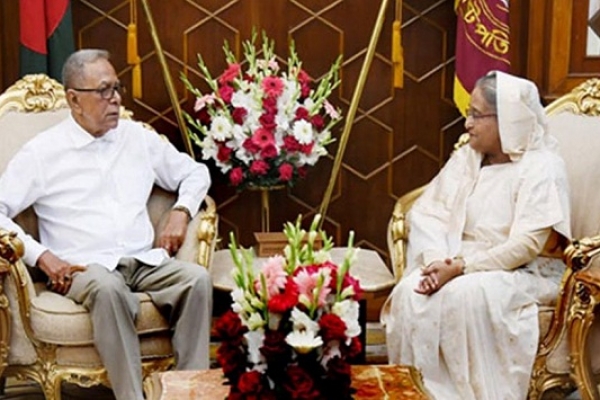 The head of the government apprised the President of the outcome of her recent visits and also handed over three separate reports to the President.

The premier also discussed about preparation of the celebration of the birth centenary of Father of the Nation Bangabandhu Sheikh Mujibur Rahman in 2020 and the Golden Jubilee of Bangladesh Independence in 2021, he said.

The press secretary said, during the meeting, the President and prime minister enquired each other about their health.

The premier reached the Bangabhaban at 7:15 pm. On her arrival, the prime minister was received by President Abdul Hamid with a bouquet.

The prime minister also presented a bouquet to the head of the state.

Secretaries concerned to Bangabhaban and Prime Minister’s Office were present on the occasion.-BSS