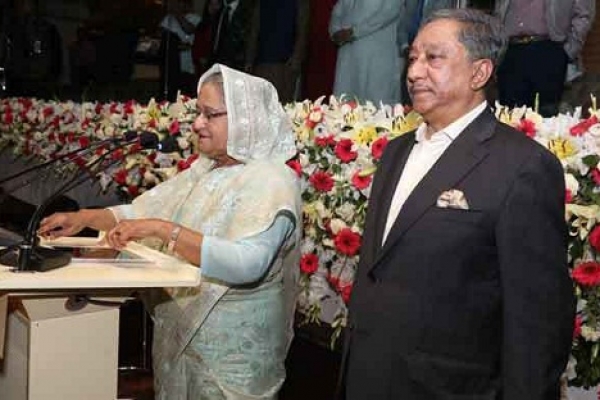 The opening ceremony began with the musical performance of local artistes at 5:40pm.

The main event will kick off on December 11 at the same venue with Chattogram Challengers taking on Sylhet Thunder in the opening match.

A total of seven teams will participate in this special edition of BPL which is rebranded as Bangabandhu BPL to pay tributes to Father of the Nation Bangabandhu Sheikh Mujibur Rahman marking his birth centenary.