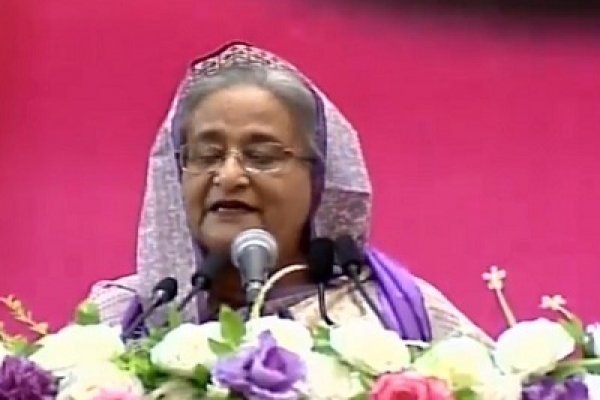 Prime Minister Sheikh Hasina on Wednesday urged the members of Border Guard Bangladesh (BGB) to stop trespassing, smuggling of drugs and other goods, and human trafficking by performing their duties properly.

“Stopping the smuggling of drugs, trafficking of children and women and illegal intrusion is among the core duties of BGB. We want you to perform the duties properly,” she said while addressing the parade of BGB Day 2019 at its headquarters in the city, reports UNB.

“Perform the duty bestowed upon you with honesty and integrity following the rules and being imbued with patriotism so that the country’s ongoing economic progress can continue,” she said.

The Prime Minister appreciated the BGB, saying the force stands by people during any crisis like natural disasters and even recent Rohingya crisis alongside protecting the Bangladesh border.

On the occasion, an attractive parade was arranged at Bir Uttam Anwar Hossain Parade Ground. The Prime Minister inspected the parade and took salute.

The PM handed over BGB Medal, President Border Guard Medal and BGB Medal-Service to a number of BGB members for their courageous and brilliant contribution in different activities of the force.

Besides, a special discussion (Darbar) is being held at Bir Uttam Fazlur Rahman Khandakar Auditorium at the BGB headquarters.