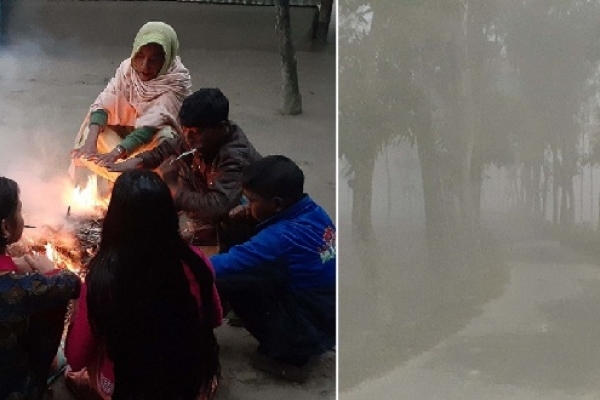 The lowest temperature has been recorded 7.9 degree Celsius in Chuadanga district when most parts of the country including the capital city Dhaka have remained in the grip of the severe cold wave since the last evening.

Earlier this morning, the highest temperature has been recorded 29.8 degree Celsius at Teknaf upazila.

Including Dhaka, the cities like Mymensingh, Barisal, Rajshahi, Rangpur and Khulna and parts of Srimangal and Sitakunda are currently experiencing light to medium cold waves while the lowest temperature in Dhaka has been recorded 13.4 degree Celsius in the morning.

A mild cold wave is likely to sweep over the northwestern part of the country next week, says a press release of Bangladesh Meteorological Department (BMD).